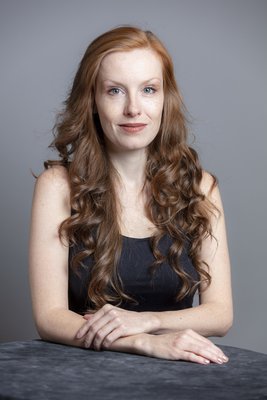 Mohács-born soprano Éva Bernáth started her music education studying piano at her music primary school. Her high school singing teacher, Timea Tillai, was influential in helping her prepare for more advanced studies to become an opera singer. She commenced her classical voice studies at the University of Pécs, graduating in 2013 after training under Ingrid Kertesi and Ilona Tokody. In 2016, she earned her master’s degree in voice from Budapest’s Franz Liszt Academy of Music.

Throughout her studies, she was deeply influenced by her contemporaries, professors and musical partners. She was highly successful in her appearances in various opera productions, recitals and concert, performing under the guidance of well-known directors, conductors and artists like Ádám Medveczky, András Almási-Tóth, Ádám Cser, Balázs Kocsár, Dániel Kovács, Dénes Gulyás and Gergely Vajda, who helped her successfully develop her repertoire. A supporter of musical culture and musical education for children, she went on to earn a degree in art pedagogy from the Liszt Academy in 2018. Since 2016, her vocal coach, Bernadett Wiedemann, has been assisting her in developing her acclaimed repertoire.