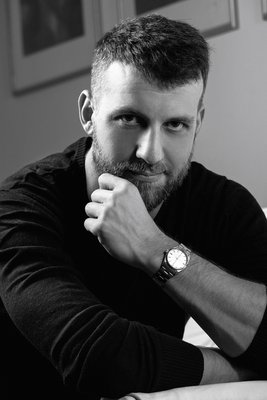 Born in 1981, Italian director and librettist Fabio Ceresa won an International Opera Award in the “Young Director” category in 2016. He made his debut as a director in 2010, when he staged Madama Butterfly in the Italian city of Jesi. In 2015, he staged I puritani as a co-production in both Florence and Turin's Teatro Regio, which was followed by another Madama Butterfly, this time for Florence's Teatro del Maggio Musicale Fiorentino and Bari's Teatro Petruzzelli. In that same year, he received an invitation from the Wexford Opera Festival to stage Mascagni's opera William Ratcliff there. This creative work won him a nomination in the “Rediscovered Work” category at the 2016 International Opera Awards. In 2016, he also staged Vivaldi's opera Orlando Finto Pazzo for the Korea National Opera.
At Milan's La Scala, he collaborates with major modern directors like Luca Ronconi, Deborah Warner, Patrice Chéreau, Dmitri Tcherniakov, Pierluigi Pizzi, Peter Stein, Eimuntas Nekrosius and Richard Jones, and is also involved with restaging historical productions by Giorgio Strehler, Franco Zeffirelli, Jean Pierre Ponnelle and others for tours both in Italy and abroad.
His coming engagements include directing Rigoletto in Kiel and a return to the Wexford Opera Festival to work on Donizetti's Maria de Rudenz there. In addition to directing, he is also active as an opera librettist. The San Francisco Opera commissioned him to write the text for the opera La Ciociara, which was set to music by Marco Tutino and staged in 2015. Before this, he had collaborated with the composer Marco Tutino on the 2013 opera Marco Polo, and with composer Daniela Terranova on several joint projects: the singspiel Re Tuono, which won first prize at the "Kinderszenen" music composition competition held by the Comitato Nazionale Italiano Musica (CNIM), the opera Mannaggia a Bubbà!, which won a Gianni Bergamo Music Award (first prize) in 2010, as well as on L'Orfeo (2012) and Le falene (2013).
He has also worked with composer Marco Taralli, with whom he has created several pieces for Genoa's Teatro Carlo Felice, Bologna's Teatro Comunale and Barcelona's Gran Teatre del Liceu, the Monteverdi Festival in Cremona, as well as for the Auditorium Parco della Musica and the Teatro dell’Opera in Rome.