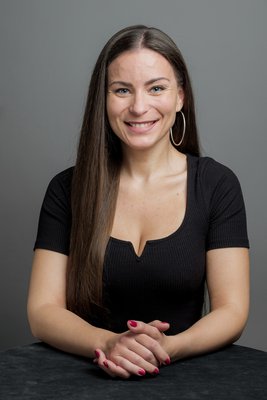 Diána Kiss was captivated by the world of music, singing and dance at an early age. She started singing as a child, participating in folk singing and poetry reciting competitions at the beginning, and later playing the piano and singing in a choir. She graduated from Kodály Zoltán Secondary School of Music in Debrecen, and she started focusing on vocal training more seriously after that, studying with Gabriella Magyar as her first singing teacher. Following that, she graduated as a bachelor of classical singing from the University of Debrecen, where she was a pupil of Dr. Éva Mohos Nagy. She obtained her master’s degree in opera singing at the Franz Liszt Academy of Music in Budapest in 2017 in the class of Magda Nádor.
She debuted at the Budapest Operetta Theatre in the autumn of 2019, singing Szilvia in Die Csárdásfürstin. She also appeared on stage in productions of Die Herzogin von Chicago, Mickey Magnate, John the Valiant, as well as The Land of Smiles. She debuted at the Erkel Theatre as Adele in the grand operetta Die Fledermaus by Johann Strauss II on New Year’s Eve in 2019, and she has performed for the opera audience many times since then.