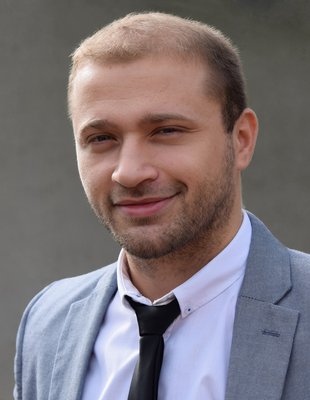 Tenor Ferenc Kristofori was born in Szeged in 1989.
After graduating from the Zoltán Kodály High School of Music in Debrecen, where he studied organ and solo voice, he continued his education in Budapest, in the Department of Vocal and Opera Studies of the Ferenc Liszt Academy of Music under Magda Nádor and Péter Fried. He has taken part in several national competitions, and even as a student was taking the stage in front of audiences all over Hungary and abroad.
His first opera role came in 2010, as the Police Sergeant and a Musician in András Fehér's production of Rossini's Il barbiere di Siviglia.
Between 2013 and 2015, he regularly portrayed Monostatos in performances of Die Zauberflöte directed by András Almási-Tóth at the Liszt Academy.
In 2016, he sang the role of Flute/Thisbe in Máté Szabós production of Benjamin Britten's opera A Midsummer Night's Dream, which the Hungarian State Opera presented at the Liszt Academy.
In 2017, he made his Erkel Theatre debut in the role of Basilio in Figaro 2.0, András Hábetler's reworking of Mozart's opera.