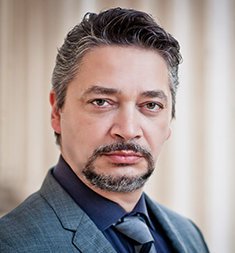 Béla Laborfalvi Soós was born in Marosvásárhely (Târgu Mureș) and pursued his studies in solo voice at the Ferenc Liszt Academy of Music under Márta Ónody. He then continued his education in Luxembourg, this time in opera, graduating in 1999. He has participated in master classes held by Renata Scotto, Walter Berry and Kurt Rydl. His talent has been recognised with several scholarships: the Yamaha International Scholarship in 1995,the Eötvös Scholarship of the Hungarian State in 1996, the European Opera Centre Scholarship in 1998 and the Hungarian State Opera's scholarship in 2000/01. He first took the stage of the Erkel Theatre in 2001, in the roles of Bagó and the Sergeant in Pongrác Kacsóh's opera John the Valiant. Since completing his studies, he has been involved in numerous opera productions and concerts both in Hungary and abroad. He has made guest appearances in many countries, including England, Germany, Switzerland, Italy, Austria, Portugal and Poland, and has worked together with such internationally renowned conductors as Péter Eötvös, Zoltán Kocsis, Eugen Kohn, Michael Stern, Kent Nagano, János Kovács, Ádám Medveczky and Tamás Vásáry. In addition to his principal roles – Rigoletto, Germont, Tiborc and Silvio – he has also been featured in many 20th and 21st century operas and oratorios. In the 2015/16 season, he sang the role of the Danish king Claudius in Sándor Szokolay's opera Hamlet at the Erkel Theatre, under the baton of János Kovács.