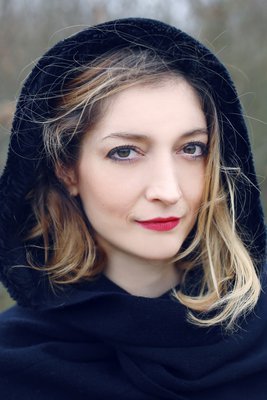 Dalma Süle started learning piano at the age of 7 and went on to study as a solo singer at the Tibor Pikéthy Secondary School of Music in Vác. After graduating secondary school, Süle was accepted to the Royal Conservatory of The Hague (Netherlands), where she graduated in 2007 in the class led by Rita Dams and Sasja Hunnego. In 2021, she received her master’s degree at the Franz Liszt Academy of Music’s opera singer major as a student of Attila Kiss-B. She has worked with prominent conductors such as Ton Koopman, Reinbert de Leeuw, Ádám Medveczky, Gyula Pfeiffer, Clark Rundell, Bas Wiegers, Rob Vermuelen, Arjan Tien, Fabio Bonizzoni, and Péter Dobszay.

In 2018, she won the Szecsődi-Réti National Singing Competition and won second place at the Emil Petrovics Singing Competition, where she won first place in the Vocal Chamber Music category in 2017. In 2019, she was awarded the MMA special prize at the Franz Lehár International Operetta Singing Competition. She debuted at the Academy of Music in 2019 with Mozart’s Die Zauberflöte, singing the role of The Queen of the Night under the directorship of András Almási-Tóth. She played the role of Anne Frank at the Budapest Operetta Theatre in 2020 in Grigori Frid’s monodrama directed by Zoltán Rátóti. In the autumn of 2020, she featured in the role of Manja in Imre Kálmán’s operetta Countess Maritza directed by Yvette Bozsik. She is debuting at the Hungarian State Opera in 2021 in the role of Florestine in the production of Figaro3.