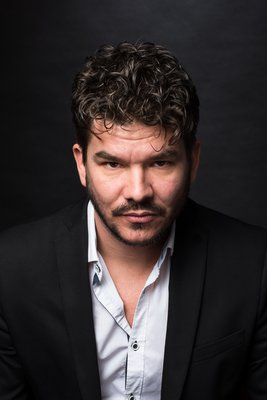 Béla Turpinszky Gippert was born in Budapest and pursued his music studies under the guidance of Ilona Adorján, Margit Kaposi, Géza Oberfrank, Éva Marton and László Kéringer. In parallel with this training, he also earned a degree, and later his doctorate, from the University of Szeged’s faculty of law.
At Éva Marton’s 2013 Wagnerian master class, he was selected to perform the role of Siegmund in the programme for the closing concert. This led to him spending five years as a permanent soloist at the thesis concerts and performances of the Franz Liszt Academy of Music under the direction of Andrea Meláth, Éva Marton, András Almási-Tóth and Ádám Medveczky. He made his debut at the Hungarian Opera of Kolozsvár (Cluj-Napoca) in 2015, as Bánk bán, a role he would later take to the National Theatre of Szeged in a staging of the original version of Erkel’s opera, as well as to the Csokonai Theatre of Debrecen, in Kálmán Nádasdy’s production of it. At the Hungarian State Opera’s 2016 Primavera festival, he sang four principal roles, of which his portrayals of Turiddu and Dani Túri received special acclaim from the critics.
The 2017/18 season saw him appearing in ten more tenor roles as he took the stage with nearly every opera company in Hungary. In the spring of 2018, he was named the National Theatre of Szeged’s Young Opera Singer of the Year for his portrayal of Ernani. In May of that year, he made his Slovakian debut as Samson at the opera house in Kassa (Košice), which he led to his being invited back to sing Don José there. In Budapest, apart from the Hungarian State Opera, he also regularly sings at Müpa Budapest.