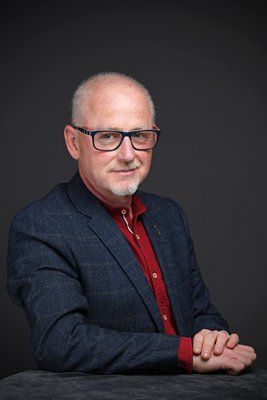 András Aczél started his music studies Katalin Forrai’s musical nursery school, moving on to music school and the Ferenc Liszt Music Academy. Although he has obtained qualifications in conducting, scholastic vocal teaching and in advanced cultural management, he considers his most important time to be the six years he spent in the István High School Symphony Orchestra, where playing under the guidance of the Záborszky family, he dedicated himself to a life of music, and later to musical theatre. In 1989 he made it to the Hungarian State Opera, where he worked as a stage manager, director’s assistant and in similar capacities. Later on he signed with the Budapest Operetta Theatre, first working as head of artistic administration, and later as artistic stage director, while working as a director and stage manager in the meantime. In 2013 he returned to the Opera, where he is involved primarily in the artistic supervision of productions at the Erkel Theatre, along with organising mainly gala events, of which the Beatles 50! and Wagner200 Maraton events both stand out, as do the productions celebrating the reopening of the Erkel Theatre and the 130th anniversary of the opening of the opera house and the events held in Hungary in connection to the European Opera Days programme. Each year since 2013, he has led the Hungary State Opera's company in successful appearances at the Sziget Festival.
In December 2016, he revamped the Opera's children's Christmas programme with a stand-alone dramatic work titled Little Bohemian Christmas, which he wrote and directed. In May 2017, as part of HungarianFest, he staged Ferenc Farkas's opera The Magic Cupboard in a unique venue: a chamber theatre space set up in the Erkel Theatre's set storage area.
For his outstanding work, he was awarded the Hungarian Silver Cross of Merit, civil division, in 2018.