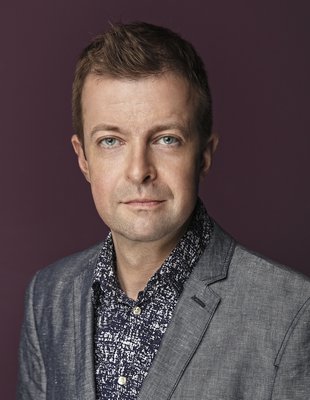 András Almási-Tóth graduated from the University of Theatre and Film Arts in 1997, after studying in the theatre directing course there. In 2006, he also obtained his doctoral degree there; the book version of his dissertation was published in 2008 with the title Opera – A Closed World. An associate professor at Budapest’s Ferenc Liszt Academy of Music, he has headed the opera program there since 2009. He has taught at the University of Theatre and Film Arts Budapest, the Gáspár Károli University of the Reformed Church, the Hungarian University of Fine Arts, Budapest Metropolitan University, the Hochschule für Musik und Darstellende Kunst Frankfurt am Main, Berlin’s Universität der Künste, and at Florence's Conservatorio di Musica Luigi Cherubini.
As a director of spoken dramas, he staged his own adaptations and numerous world premieres of contemporary works at the Budapest Chamber Theatre. He also worked as a dramaturg and director at the Budapest Operetta Theatre, various theatres in Kaposvár, Sopron, Szeged, Debrecen, Eger, Kaposvár and the German city of Ludwigshafen, as well as with the Szeged Contemporary Dance Company. Since 2010, he has focused his activities on the genre of opera, and his opera productions have been presented at the Hungarian State Opera, the Erkel Theatre, the Ferenc Liszt Academy of Music, the Wrocław Opera and at the Budapest Music Center. In 2006 he took part in the István Örkény Drama-writing Scholarship, which resulted in two dramas of his being published. Among his other distinctions, he was awarded the Knight's Cross of the Hungarian Order of Merit (civilian division) in 2017. Since July 2018, he has served as the artistic director of the Hungarian State Opera.