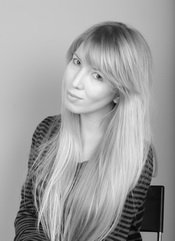 Ana Ramos Aguayo earned her degree in set and costume design at the Universidad de Madrid, and works equally in both opera and theatre, as well as participating in photography projects. Since 2006, she has been involved in painting and photography projects as both a designer and photographer. In the sphere of the performing arts, she first worked as a set designer, working on musical theatre pieces in Madrid and Valencia. Her first work in opera was designing the sets for Ignacio Garcia's production of Il trovatore in Seville, which was followed by productions in Pamplona, Malaga and Avila, as well as in other locations. Her first international assignment was designing the costumes for Michał Znaniecki's production of Mefistofele in Split. She first worked at the Hungarian State Opera as the costume designer for Faust.