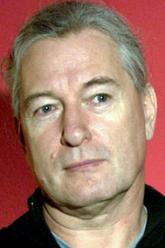 Csaba Antal graduated with a degree in structural engineering from the Budapest Technical University, but turned to designing sets and costumes in 1976. He spent the following academic year at the Prague Academy of Applied Arts studying set construction and design with the world-famous Czech designer and professor Josef Svoboda. Antal was the designer for the Szigligeti Theatre in Szolnok from 1980 until 1987, when he moved on to Budapest's Katona József Theatre. He also works at several other theatres both in Hungary and abroad. His work is characterised by a precise construction of the dramatic space, the use of mutually complementary natural elements and lighting effects, and the greatest possible expression of the thoughts and emotions in the dramatic work. His educational activities both in Hungary and abroad have also been considerable: he started teaching at the Justus Liebig University in Giessen in 1988 and has been an instructor at the University of Theatre and Film Art in Budapest since 1990. Recognitions for his work include the Jászai Mari Award (1991) and the Sándor Hevesi Award (2000). He frequently takes part in exhibitions both in Hungary and internationally. At the Hungarian State Opera, his designs have appeared in productions of Berg's Wozzeck (1992), Britten's Peter Grimes (1999) and The Turn of the Screw (2004), Richard Strauss's Elektra (2007) and Boito's Mefistofele (2010).