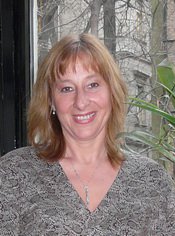 (1963-2015)
Rebeka Bakk qualified as a pre-school teacher at what was then Körös College's Brunszvik Teréz Institute of Pre-School Pedagogy in 1998 and then earned another degree in drama pedagogy from Apor Vilmos Catholic College in 2005. She also obtained other qualifications both before and after these degree programmes, including earning licenses to perform as a stuntwoman and acrobat and certification as a introductory-level instructor of modern dance and in dance and movement art pedagogy.
She also worked as an amateur actress at the Perem Stage, as a staff member at the Esze Tamás Home for Children, as a teacher of acrobats at the Jeszenszky© Dance Centre in Vác, at the Alternative Circus School and at the Kontyfa Art School. From 2008, she was a teacher of acting technique and stage movement at the Baross Imre Circus Arts School. She also held courses abroad on two occasions: in Turin in 2005 and Valencia in 2009. For the Hungarian State Opera, she worked on the production The Magic Flute for Children.