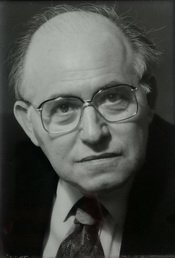 
(1927-1992)
Budapest-born Tamás Blum took piano lessons from Pál Kadosa at the Fodor Music School, and later pursued his studies in conducting with Paul Kletzki in Lausanne. From 1945 to 1951, he was the Opera's répétiteur, and from 1952 until 1958 worked as the music director at the Csokonai Theatre of Debrecen. Returning to the Opera House in 1959, he first served as a conducting répétiteur, then as a conductor between 1966 and 1973, at which point he emigrated to Switzerland, becoming a conductor at Opernhaus Zürich. From 1977 until his death, he headed the International Opera Studio there. He translated librettos from Italian, French and German, with his first translation, of Smetana's The Bartered Bride, being presented at the Opera House in 1949. He won the Ferenc Liszt Award twice: in 1956 and in 1963.