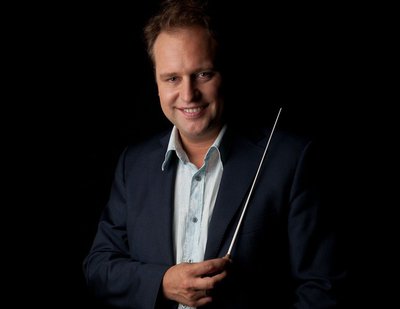 Tibor Bogányi pursued his studies at the world-famous Sibelius Academy in Finland. His professors were Jorma Panula and Leif Segerstam. During his academy years, he studied as a guest student at the Conservatoire de Paris, with the professional support of János Fürst. In 2002 he made a prominent name for himself internationally by being named the principal conductor of the Turku Symphony Orchestra at age 28. In 2013 he started his sixth season as the principal conductor and music director of Finland's Lappeenranta City Orchestra and his third as the principal conductor of the Pannon Philharmonic. Bogányi's style is typified by artistic diversity and virtuosic interpretation; he moves at an outstanding level in the worlds of both the operatic and symphonic repertoire, collaborating with the world's leading orchestras and artists. In recent seasons, he has conducted such orchestras as the Copenhagen Philharmonic Orchestra, Durban's Kwa Zulu-Natal Philharmonic Orchestra, the Mexico State Symphony Orchestra, the Saint Petersburg Symphony Orchestra, the Staatsphilharmonie Rheinland-Pfalz and the Orchestre National du Capitole de Toulouse. He has also collaborated with recognised soloists, including Andrei Gavrilov, Ilya Gringolts, Zoltán Kocsis, Gergely Bogányi, Barnabás Kelemen, Kristóf Baráti, Gary Hoffman, Miklós Perényi and Dénes Várjon, as well as conducting several youth orchestras over the course of his career, of which the Finnish Sibelius Academy Symphonic Orchestra stands out.
Between 1999 and 2002 he served as artistic director of the VIVO Youth Philharmonic Orchestra. During the years in Finland, which were critical to his career, he also conducted the country's outstanding orchestras, such as the Helsinki Philharmonic Orchestra, the Finnish Radio Orchestra, the Lahti Symphony Orchestra and the Tampere Philharmonic Orchestra. His repertoire extends from the classics to the grand choral works and oratorios and to ballet. In 2006 he successfully premiered Mozart's Così fan tutte at the Finnish National Opera, followed by Verdi's La traviata and Macbeth in 2009 and Mozart's Don Giovanni in 2010. He has conducted Bizet's Carmen, Stravinsky's Rite of Spring and all of Bartók's dramatic works. In 2014 he made his debut at the Hungarian State Opera with Boito's Mefistofele and Puccini's Tosca. Bogányi has collaborated on countless radio and TV recording, and is an active cellist in addition to his work as a conductor, and regularly performs concerts both in Hungary and abroad.
In recognition of his outstanding work, he was awarded the Hungarian Gold Cross of Merit, civil division, in 2017.