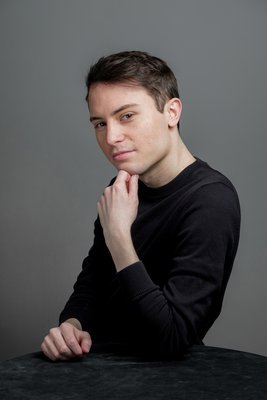 
One year after commencing his studies at the Béla Bartók Conservatory in 2008 as a student of Mária Fekete, he became the first singer to win admittance to the Ferenc Liszt Academy of Music's special programme for young talents, where he studied under Éva Marton. After graduating from the conservatory, he spent a year in The Hague at the Royal Conservatory there, where his teacher was Gerda van Zelm. Since 2014, he has again been enrolled at the Liszt Academy, studying with Júlia Pászthy. He made his debut with the Hungarian State Opera in 2015 in the role of Blindleech in Zsófia Tallér's opera Leander and Linseed.