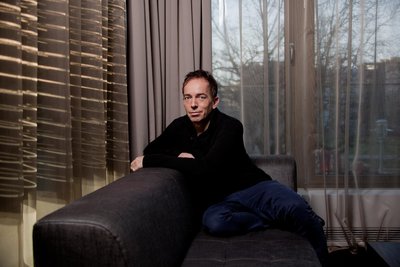 Frank Hilbrich was born in Bremen. He started out with a brief acting career in the late ‘80s before taking up work as an assistant opera director at age 21. A crucial influence on him was his stint at Staatsoper Stuttgart under the leadership of Klaus Zehelein, where he worked together with artists Hans Neuenfels, Ruth Berghaus, Jossi Wieler and Inga Levant. After this, he took the director’s post at the Mecklenburgisches Staatstheater in Schwerin. He has taught at Budapest’s Franz Liszt Academy of Music, the Musik-Akademie Basel and has been a professor in the opera department of the Universität der Künste Berlin since 2013. As a freelance director, he has worked in numerous opera houses around Central Europe. He recently directed Simon Boccanegra in Mainz, Die Zauberflöte in Hanover and  Janáček’s opera The Cunning Little Vixen in Dresden, while also working over the years at Berlin’s Komische Oper, Essen’s Aalto-Musiktheater, Nationaltheater Mannheim and Theater Basel. His newest activities include single engagements at Theater Bremen, Oper Graz and the Hungarian State Opera. In Budapest, he is staging Don Carlo.
He has a particularly close relationship with Theater Freiburg, where he staged a series of Wagnerian operas: the Ring cycle, Lohengrin and Parsifal. Aside from his interest in great 19th-century composers like Wagner, Verdi and Rossini, he is also engaged to direct contemporary operas. He is credited with such world premieres as those of Hans Thomalla’s work Kaspar Hauser in Freiburg in 2016 and Giorgio Battistelli’s opera Lot in Hanover in 2017. He has also staged operettas, including Der Vetter aus Dingsda and Die Blume von Hawaii.