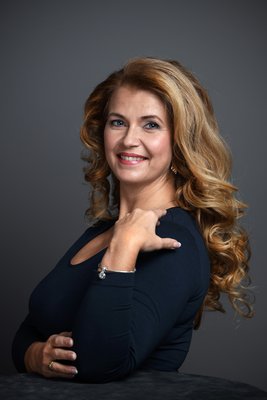 Erika Gál was born in 1977 in Debrecen, where she also completed her musical studies. She went on to earn her degree in arts, with honours, from the Ferenc Liszt Academy of Music’s Debrecen Conservatory in 2001. In 1998 her performance at the Simándy Singing Competition drew the attention of Erzsébet Komlóssy, who has been guiding her professional development ever since. In 2000 she won the scholarship of the Budapest Society of Friends of the Opera, and made her debut at the Erkel Theatre in the same year, in the role of Lola in Mascagni’s Cavelleria rusticana. She has been a contracted member of the Hungarian State Opera since 2000, when she continued her studies at the Opera Studio, where she received the opportunity to attend master classes held by Júlia Hamari, Renata Scotto and Anna Reynolds, among others. Winning the scholarship of the Richard Wagner Society in 2001 allowed her to gain valuable experience in Bayreuth. In 2003 she won the title Voice of the Year, and was the winner of the Mándy Foundation Award in 2004. In 2009 she won the Gusztáv Oláh Commemorative Plaquette, in 2013 the Erszébet Komlóssy Award. She was awarded the title of Chamber Singer of the Hungarian State Opera for the 2014/15 season. She has been a regular collaborator at the Bartók Plus Opera Festival in Miskolc, where she has sung the roles of Polina and Olga in Tchaikovsky’s operas The Queen of Spades and Eugene Onegin, respectively, as well as Giovanna Seymour in Donizetti’s Anna Bolena and Amneris in Aida. At the Wagner in Budapest Opera Festival, she has sung the roles of Flosshilde and Erda (Das Rheingold), Erda (Siegfried) and the First Norn (Götterdämmerung). She has partnered on the stage with such world stars as Andrea Rost, Renato Bruson, Anja Silja, Maria Gavrilova, L'ubica Vargicová, Yuri Simonov and Rico Saccani, and has sung in Finland, Italy, Germany, Austria, Romania, Japan and Thailand.