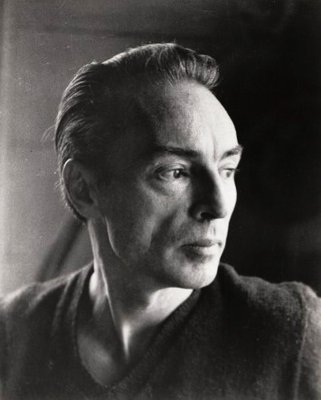 
(1904-1983)
The choreographer, who can variously be described as Georgian, Russian, American and even Soviet, was born Giorgi Melitonovich Balanchivadze in St Petersburg. After developing a familiarity with the noble genre of classical ballet in the tsarist empire, he became renowned in the second half of the 1920s for the experimental choreographies – such as La Chatte (1927) and The Prodigal Son (1929) – he created for Sergei Diaghilev’s famous Ballets Russes. After the company disbanded in 1929, he became a freelance choreographer. In London in 1933, he was invited to the United States by Lincoln Kirstein to establish American ballet. This was no easy task, because there was no serious tradition of ballet on the American continent. After first founding his school, he then simultaneously formed his companies and created an American ballet style. In 1948, he founded his last company, the still-thriving New York City Ballet, which continues to preserve his legacy in its repertoire to this day. It was not only for the ballet stage that the versatile choreographer reserved his creative work: his oeuvre also features a few Hollywood films, including animated cinema, a Broadway play and even a production for elephants (Circus Polka).
Using the 19th century Romantic-Classical tradition as a basis and inspired by the experimental Soviet choreographers of the 1920s, Balanchine created the genre of symphonic ballet, whose most prolific and significant proponent he remains to this day. In these plotless ballets, the choreographer emphasises the symbiotic relation between music and dance in such a way that the atmosphere and structure of the music is presented on stage as spectacle. For this, Balanchine also renewed the language of dance for this choreographic structure and created a neoclassical style, which was performed with extreme musicality and dynamism by his dancers. Music was present throughout Balanchine's entire life: he was an excellent pianist and later graduated from the conservatory. His lifelong friendship with Igor Stravinsky began in the 1920s, and he adapted more than 20 of the composer's musical works for the dance stage. Today, Balanchine’s body of work is tended by the Balanchine Trust in the United States.