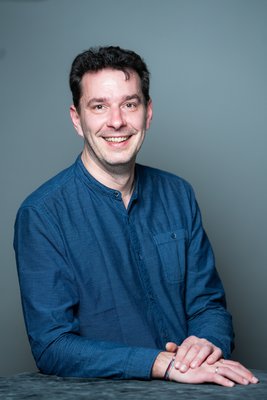 Domonkos Héja earned degrees in percussion (in 1997) and in conducting (in 1998) from the Ferenc Liszt Academy of Music. He won first prize at Hungarian Television's Ninth International Conducting competition, along with the audience prize and the György Solti Special Prize. He also won a special prize at the Dimitris Mitropoulos International Conducting Competition in Athens, along with the special prize from the featured Orchestra ton Chromaton. In the 1995/95 season, after winning the László Weiner Scholarship, he worked as an assistant conductor with the Budapest Festival Orchestra alongside music director Iván Fischer. From 2003 he was a permanent assistant conductor with the Budapest Philharmonic Orchestra after having made his debut at the Hungarian State Opera House in 2001 with Puccini's La bohème. In Florence and Rome in 2002 he conducted Bartók's opera Bluebeard's Castle to great acclaim. He has been a recurring guest at the Slovak State Philharmonic Orchestra Košice (Kassa), the Macedonian Philharmonic Orchestra, the Tokyo City Philharmonic Orchestra and the Orchestra di Roma e del Lazio. In 2003 he was awarded the Ferenc Liszt Prize, and in 2005 received the Artisjus Award. For 2004, he received invitations from several Italian orchestras as well as from Berlin's Deutsches Symphonie-Orchester. Ever since founding the Danubia Orchestra Óbuda in 1993, he has remained the ensemble's principal conductor to this day. Since September 2005 he has served as conductor for Theater Chemnitz.