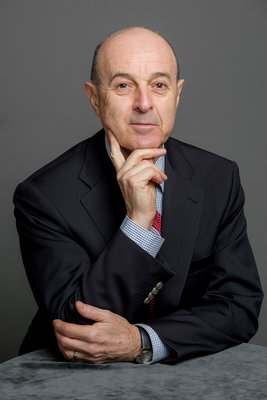 Gyula Harangozó Jr. commenced his studies in dance at the Hungarian State Ballet Institute and continued them at the Moscow State Academy of Choreography, where he graduated with top marks in 1976. He signed with the Hungarian State Opera in that same year, and was named a soloist in 1978. From 1981 to 1991 he was a principal soloist at the Wiener Staatsoper, and between 1981 and 1989 was a permanent guest soloist at the Bayerische Staatsoper. Over the course of his career as a performer, he danced every major principal male role in the Classical ballet literature, appeared in one-acts by renowned choreographers and gave outstanding portrayals in modern ballets. As a guest artist, he has appeared on nearly every major ballet stage in the world, with the most prestigious venues being the American Ballet Theatre at New York's Metropolitan Opera, Moscow's Bolshoi Theatre and Milan's La Scala.
His awards and recognitions include the Best Young Dancer award (Moscow International Ballet Competition, 1977), the Gold Medal and Best Male Dancer award (Tokyo International Ballet Competition, 1978), Hungary's Dancer of the Year (1981) and Munich's Artist of the Year (1983).
Between 1992 and 1996 he worked as an international ballet manager. As part of the Stars of Ballet international event series, he organised star galas in Vienna, Lausanne, Frankfurt and Cologne. He is one of the founders and artistic advisor to the international collaboration Duna Ballet. From 1996 until 2005 he served as the ballet director of the Hungarian State Opera. As a choreographer and director, he has been involved in creating the Hungarian versions of Don Quixote, Swan Lake and Snow White and the 7 Dwarfs. In 2002, his career and oeuvre to date were honoured with the Kossuth Prize.