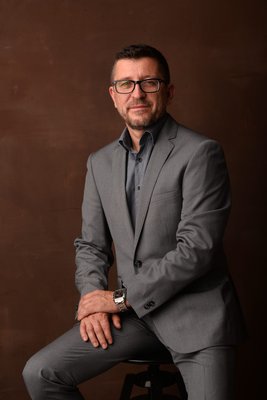 Szeged-born dancer/choreographer Zsolt Juhász pursued his studies in folk dance pedagogy at the Hungarian Dance Academy between 1997 and 2000. He became the head choreographer at the Duna Dance Workshop in 1999, and was named artistic director of the Duna Art Ensemble in 2007. In the company's contemporary dance theatre productions, he has fused the wealth of forms from Hungarian folk dance with techniques from modern movement theatre. His ensemble regularly tours Hungary and other countries with the aim of instilling an interest in folk dance across broad sectors of the population. Over the course of his career he has been recognised for his work with numerous honours, having received several choreography and audience awards, as well as the Harangozó Award in 2003 and the Zoltán Imre Award in 2006. In 2007 he was decorated with the Knight's Cross of the Order of Merit of the Republic of Hungary.