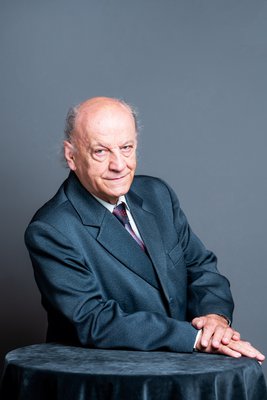 He studied at Liszt Ferenc Academy of Music with Ferencné Révhegyi. He made his debut in the Opera House in 1970, and he has been a principal soloist there ever since. He became an Eternal Member in 1996. In the past almost forty years besides his outstanding roles (Sarastro, Prince Gremin, among many others) he has sung all the bass roles of Verdi's operas in the repertoire: Zaccaria (Nabucco), Pagano (I lombardi), Don Silva (Ernani), Banquo (Macbeth), Guardiano (La forza del destino), Philip II (Don Carlos), Fiesco (Simon Boccanegra). His achievements as opera and oratorio singer have been recorded on a number of recordings in Hungary and abroad. He has toured around the world in the title role of Bartók's Bluebeard's Castle. He already sang the role of Don Basilio in the 1986 revival of the opera.