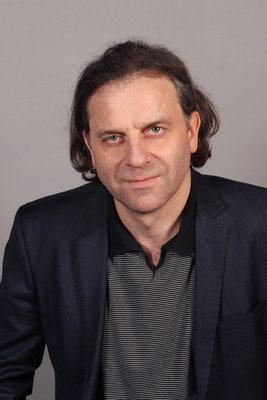 Actor and director Pál Oberfrank was born in Budapest in 1964, and was a member of the National Theatre's studio during László Bodnár's last year teaching there. In 1987 he was admitted to the Academy of Theatre and Film Arts to study in the drama department headed by László Marton, where he graduated in 1991. Between 1991 and 2008 he was a member of the Comedy Theatre of Budapest, afterwards working as a freelancer. He has been director of the Petőfi Theatre in Veszprém since 2010. In 2013, he received the Mari Jászai Award.