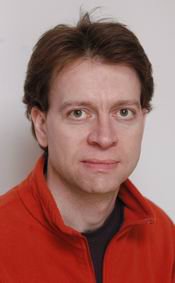 He was born in Brussels in 1966. He graduated in piano and percussion instruments in Bartók Béla Secondary School of Music in 1984, and received his degree as a pianist from Liszt Ferenc Academy of Music in 1989 and as a conductor in 1993. He joined the Hungarian State Opera House in 1991, working as a répétiteur and conducting répétiteur until 1998. He was music director of the Szeged National Theatre and Open-Air Festival for two seasons from 1999. His relationship with the Opera House remained, and he is continually present in the life of the theatre as a permanent guest conductor. Besides Italian comic operas his repertoire includes pieces such as Richard Strauss's Elektra. Apart from conducting he is also a lecturer at the Academy of Music.