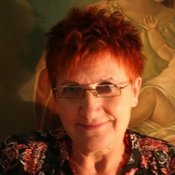 Márta Pilinyi graduated from the Hungarian Academy of Applied Arts in 1979, qualifying as a clothing designer, and then went on to earn another degree from the Hungarian Academy of Fine Arts in 1982, this time in set and costume design. She launched her career at the National Theatre of Szeged and did her thesis work at the Csokonai Theatre of Debrecen. She has worked in practically every theatre in Hungary (in addition to the above, in those of the cities of Eger, Pécs, Székesfehérvár, Miskolc, Siklós, Zalaegerszeg, Veszprém and Szombathely, and in Budapest at the Katona József Theatre, Müpa Budapest, the Thália Theatre, the National Theatre, the Madách Theatre and the Karinthy Theatre), and has also been invited abroad to work in the theatres of Kassai (Košice), Révkomárom (Komárno), Eszék (Osijek) and Marosvásárhely (Târgu Mureș), as well as at the Hungarian Opera of Cluj-Napoca and in Georgia. In film, she has collaborated with János Dömölky, György Hintsch, Károly Esztergályos, Krisztina Deák and György Gát, while also working with such stage directors as Mária Angyal, István Pinczés, Menyhért Szegvári, Péter Valló, Géza D. Hegedűs, Miklós Benedek, Tamás Balikó, Attila Béres, Máté Szabó, Iván Markó and Pál Oberfrank. She received Hungarian Television's award of excellence in 1989, which was followed by the Tivadar Márk Award in 2008 for her work on the television film The Seven Who Were Hanged (directed by János Dömölky) and, in 2015, the Theatre Critics' Award for best costumes for her work on the production of Michael the Brave at the Weöres Sándor Theatre in Szombathely). In the Hungarian State Opera's repertoire, she is credited for the costumes for Carmen and Der Zigeunerbaron.