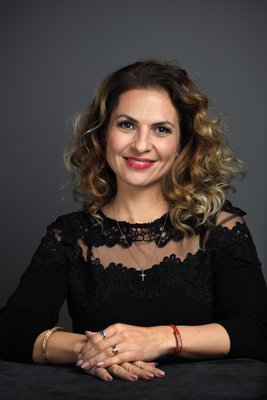 Rita Rácz graduated from the University of Szeged in 2006 after studying under István Andrejcsik in the university's faculty of music. That same year, she took part in a master class with Éva Marton, whose recommendation gained her admittance to the Ferenc Liszt Academy of Music's opera programme. She graduated from here in 2008 after training with Marton and Balázs Kovalik.
She sang her first opera role, Barbarina in Mozart's Le nozze di Figaro, at the National Theatre of Szeged while still a university student. This was followed by other minor roles in Szeged, such as Frasquita (Carmen), Anna (in Nicolai's Die lustigen Weiber von Windsor) and Clorinda (La Cenerentola).

In the 2008/09 season, she became a scholarship member of the Hungarian State Opera, where she made her debut as Dzsufi in György Ránki's King Pomade's New Clothes. This was followed by appearances as Papagena (Die Zauberflöte), Genio (in Haydn's L'anima del filosofo, ossia Orfeo ed Euridice) and Sophie (Der Rosenkavalier).
In that same season, she made her debut as Melinda in Bánk bán, under the baton of Balázs Kocsár, at the Gyula Castle Theatre, the Margaret Island Open-Air Stage and the Csokonai Theatre of Debrecen. Returning to Szeged in 2009, she took the stage as Susanna (Le nozze di Figaro) in January and as Zorika (in Ferenc Lehár's operetta Zigeunerliebe) at the Szeged Open-Air Festival.
In spring 2010, she made her role debut as Olympia (Les contes d'Hoffmann) at the National Theatre of Győr and, at the Miskolc International Opera Festival, sang the soprano solo in Carmina Burana, performing together with the La Scala Theatre Chorus.
Her 2010/11 season began in Debrecen, where she portrayed Mária Gara (Hunyadi László) at the Csokonai Theatre. She then sang a number of roles at the Opera: Adele (Die Fledermaus), Blonde (Die Entführung aus dem Seraglio), Zerbinetta (Ariadne auf Naxos), Gilda (Rigoletto), Susanna (Le nozze di Figaro) and Ännchen (Der Freischütz). She sang Blonde again at the Hungarian State Opera's guest appearance in Oman in 2012, alongside Kurt Riedl and Elena Mosuc. At the birthday concert for her teacher, Éva Marton, she both sang Zerbinetta's aria and shared the stage with Jonas Kaufmann.
She appears regularly at the Miskolc International Opera Festival and has made guest appearances in China, Poland, Oman and Germany. In addition to performing at numerous concerts at Müpa Budapest, she also sang the role of Aminta in Richard Strauss's Die schweigsame Frau there, under the baton of Zoltán Kocsis. Over the course of her career, she has performed concerts with such illustrious conductors as Ádám Fischer, Zoltán Kocsis, Zoltán Peskó, János Kovács, Ádám Medveczky, Domonkos Héja, Stefan Soltesz, Ken-Ichiro Kobayashi, Carlo Montanaro, Christian Badea, Péter Halász and Gergely Kesselyák.
She is the recipient of numerous awards and recognitions. In 2004, she received the Dömötör Award, presented by the audience of the city of Szeged, in the category of “Best Female Supporting Singer”. In that same year, she took third place at the József Simándy International Singing Competition, which was followed by a second-place showing there the next year. In 2007, she reached the finals of the international singing competition held in the Italian city of Spoleto and, two years later, won the role of Zerbinetta in the Mezzo Opera Competition. In 2010, the Hungarian State Opera presented her with its Juventus Award for young talents, and she also won the national Junior Prima Award in the category of Hungarian music. In 2014, in recognition of her outstanding achievements, she was decorated with the Hungarian Bronze Cross of Merit (civilian division).