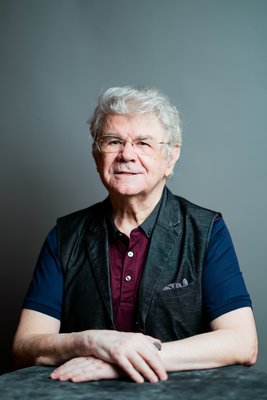 Born in Zalalövő in 1941, tenor István Róka pursued his musical and vocal studies independently. His singing teachers were Mrs Ferenc Ivánkovits and Zsuzsa Szentendrey. He has been a soloist with the Hungarian State Opera since 1970. He learned his initial roles at the opera house with the help of the wonderful musician Mária Érsek. He has participated in many highly acclaimed opera performances both in Hungary and internationally. Over the course of his career, he has sung the role of Rodolfo in La bohème more than 130 times. In addition to his own engagements, he is famous for the great number of performances he has saved by jumping in, in Hungary and abroad. He sings all of his parts in their original languages. Of his broad repertoire, he has a special affinity for works from the 19th century, and has performed nearly all of Puccini's tenor roles for the Budapest audience.
He has taken part in the Hungarian State Opera's guest appearances in several countries, including in the title role of Hunyadi László in Bulgaria, as Madama Butterfly's Pinkerton in Switzerland and Greece, and as Edgardo in Lucia di Lammermoor in Switzerland, Spain, Italy and Germany.