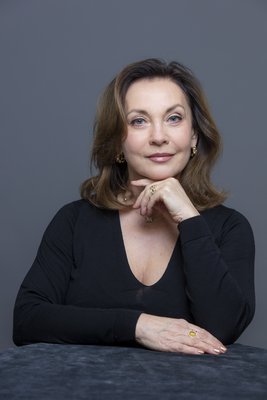 
The audience have been able to follow the world-famous soprano's career since 1989. She studied with Zsolt Bende at Liszt Ferenc Academy of Music, Budapest. She was still a student and a scholarship-holder of the Budapest Opera House when she sang Juliet's role in Gounod's Romeo and Juliet in Dénes Gulyás's direction. Two years later she became a soloist with the Vienna Staatsoper where she sang many important roles. She had a great international success at the 1994 premiere of Rigoletto at La Scala, Milan where she was invited by Riccardo Muti. She has appeared in a number of productions at the Salzburg Festival. She sang the roles of Susanna, Gilda and Lucia as well as Antonia in Offenbach's Les contes d'Hoffmann in the Bastille Opera, Paris. She made her debut at Covent Garden, London in the role of Susanna, and later sang the role of Violetta and the title role of Donnizetti's Lucia di Lammermoor. She made her debut in the Metropolitan Opera, New York in 1996 in the role of Adina (L'elisir d'amore), and later sang Gilda, Lucia and Violetta too. At the Hungarian State Opera she sang Eurydice (Haydn: L'anima del filosofo), the Countess (La nozze di Figaro), Mimì (La bohème) and Desdemona (Otello).