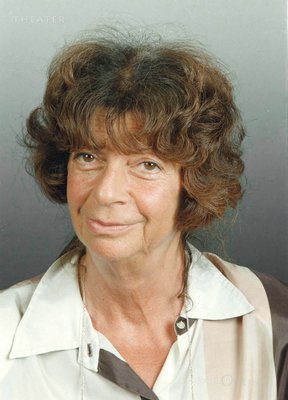 (1931-2008)
Judit Schäffer was born in Budapest and graduated from the Hungarian Academy of Applied Arts with a qualification in costume design in 1954 before going on to win a scholarship from the Hungarian People's Army Theatre. She worked as a designer at the József Attila Theatre (1956-1966), the National Theatre (1966-1987) and the Hungarian State Opera (1987-1991). In 1991 she joined the Budapest Chamber Theatre, first as a designer, and later becoming chief designer. She taught in the costume design department of the Hungarian Academy of Applied Arts for four years, and also regularly did design work for Hungarian films and television dramas. She also participated in solo and joint exhibitions in the Hungarian National Gallery, the Hall of Art and the Castle Theatre in Budapest, as well as in Vienna, Prague, Tokyo and Újvidék (Novi Sad).