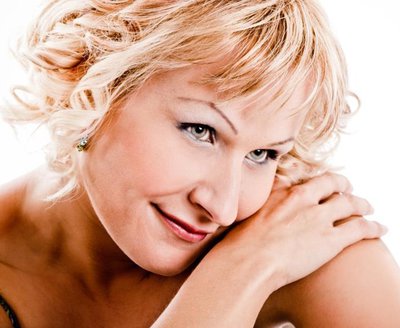 Ildikó Szakács's first teacher was Judit Adrigán, at the Saint Stephen High School of Music. In 2007 she graduated, with honours, as a singer from the Ferenc Liszt Academy of Music, where she studied under Júlia Pászthy and Wanda Mazalin. As a member of the Bel Canto Opera Company, she sings principal roles in a broad range of well-known operas with them. She has made guest appearances in a number of European countries (England, France, Poland, Germany and Slovakia) as well as in North America (both in Canada and the United States), including a solo recital of works by Mussorgsky and Argento in the Weill Recital Hall at New York's Carnegie Hall. A three-time (in 2010, 2011 and 2012) winner of the Annie Fischer scholarship for performing artists, she also made it to the finals of the 2011 Armel opera competition, which led to several performances as Gilda in Róbert Alföldi's production of Rigoletto at the Pilsen opera house.
She has been a soloist at the Hungarian State Opera since 2012, where her principal roles include those of Mária Gara (in Erkel's Hunyadi László), the Queen of the Night (The Magic Flute), Konstanze (The Abduction from the Seraglio), Gilda (Rigoletto), Adina (L'elisir d'amore), Adele (Die Fledermaus), Frasquita (Carmen), Rosita (Don Cristóbal), one of the maids in Die Frau ohne Schatten, as well as a part in György Ligeti's work Mysteries of the Macabre.