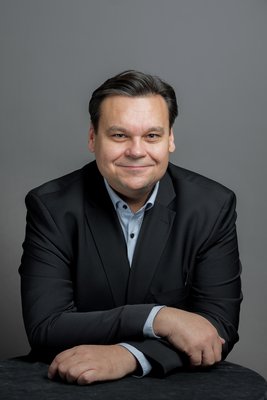 
Tibor Szappanos began his studies in 1996 in the department of liturgical music at Emanuel University in Oradea, Romania before transferring two years later to the Béla Bartók Vocational High School of Music to continue his education in the vocal soloist department under Márta Németh. In 2000, he was admitted into the Ferenc Liszt Academy of Music to study as a vocalist and singing teacher under department head Éva Andor, graduating in 2005. His first major success as a singer came in 2003, at an international master class and competition in Baden bei Wien, where he finished in second place in a three-round singing contest. He is often engaged to perform as a soloist in oratorios and concerts. He made his debut at the Hungarian State Opera in October of 2002, while still a student at the Music Academy, in the world premiere of Gyula Fekete's one-act opera The Saved City, singing the part of the the Court Official. As a lyric tenor, he primarily sings Mozart and bel canto, but has also appeared in some of the more lyrical roles of Wagner and Verdi.