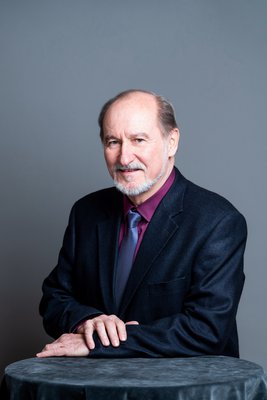 Tamás Szüle earned his diploma in opera singing and voice pedagogy from the Ferenc Liszt Academy of Music in 1979. He spent a year as the Opera's scholarship winner. His teachers were Éva Kutrucz and Ilona Adorján, and he also participated in Pavel Liszicián's course in Weimar. His first principal role was as King Heinrich in Wagner's Lohengrin, which he jumped in to sing. This was followed by Ferrando in Il trovatore, Sparafucile in Rigoletto, and the great Mozart bass roles: Osmin, Leporello, Bartolo, Sarastro, Publio, and later on, by Bartolo in Il barbiere di Siviglia, Dulcamara in L'elisir d'amore. Here in Hungary , he would also get to sing Raimondo in Lucia di Lammermoor and Baron Ochs in Der Rosenkavalier. In 1996 he won the Mihály Székely commemorative plaquette. He has been involved in the world premieres of 20th century Hungarian works at the Opera House, singing Father Ladas in Sándor Szokolay's Ecce Homo, King Peter in János Vajda's Leonce and Lena and the Bald Man in Gyula Fekete's The Redeemed Town. He sings Bach's passions and both his liturgical and secular cantatas, Handel's grand oratorios (Messiah, Saul, Belshazzar and Acis and Galathea), Haydn's grand oratorios, Mozart and Verdi's requiems and Rossini's Stabat Mater. He has sung on the CD recording of György Orbán's Passion and Christmas Oratorio. His most popular songs come from the works of Schumann, Brahms, Mussorgsky and Kodály. In 1990, he sang the role of Osmin in Die Entführung aus dem Serail at the Drottningholm Palace Theatre under the baton of Arnold Östman. He has had the opportunity to make his debut at the Strasbourg Music Festival, in Nancy, in Switzerland and in Israel. In 1994 he sang Leporello in Singapore, and in 1995 sang both Basilio and Bartolo in a Tel Aviv production directed by Dario Fo. He has since also made his La Fenice debut as Bluebeard. Bartók's opera has also taken him to the United States, where he partnered with Veronika Kincses at the Bard Festival. Since the autumn of 2006, he has taught vocal technique and classes that develop familiarity with the musical works themselves.