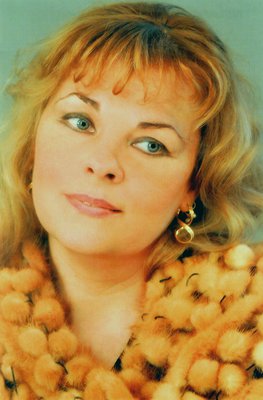 
Andrea Ulbrich began her vocal studies at the Ferenc Liszt Academy of Music, where she graduated as an opera and oratorio singer and a voice teacher, later participating in master classes with Yevgeny Nesterenko and Sylvia Geszty. The winner of several singing competitions (in Paris and Vienna), she was also awarded the Grand Prix at the Bel Canto singing competition in Brussels. Her work has been recognized with the Bartók-Pásztory, Mihály Székely, Juventus and Mándy Foundation prizes, and she was elected singer of the year in Graz. She has been appearing regularly at the Opera House since 1988, and was a member of Dusseldörf's Deutsche Oper am Rhein between 1996 and 2010. In 1997, she sang the role of Dorabella in the film version of Così fan tutte directed by Miklós Szinetár. She has taken the stage in opera and concert performances in numerous cities across Europe, including Vienna, Berlin, Frankfurt, Paris, Amsterdam, Brussels and Verona, just to mention a few. She has sung the role of Azucena in Il trovatore in Dresden's Semperoper (2008-2011), the Arena di Verona (2010), Tokyo (2011), Toulouse (2012) and Bologna (2013). She sang Fenena (in Nabucco) in 2011 in the Arena di Verona, and Amneris (Aida) in Turin, Verona (in 2012 with the performance being broadcast worldwide in 3D) and Barcelona (2012). In 2014, she sang the roles of Azucena (Il trovatore), Suzuki (Madama Butterfly) and Herodias (Salome), and in 2015 took the stage in the Miskolc Opera Festival's new production of Il trovatore, again as Azucena. Also in 2015, she sang the role of Gaea in a performance of Richard Strauss's Daphne under the baton of Zoltán Kocsis at Müpa Budapest. Coming up in 2016, she will have a solo recital at Genoa's Teatro Carlo Felice, as well as a guest performance at the Ravenna Festival, a role as Amneris at the Arena di Verona, and will also be holding a master class in Italy. Over the course of her career, she has appeared with Renato Bruson, Elena Obraztsova, Agnes Baltsa, Eva Johansson, Bryn Terfel and Edita Gruberová. She has worked with major directors such as Götz Friedrich and Franco Zeffirelli, and such renowned conductors as Pinchas Steinberg, Riccardo Chailly, Ricco Saccani and Fabiu Luisi.