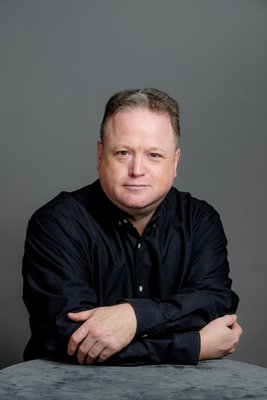 Born in Budapest in 1973, Gergely Vajda graduated from the Ferenc Liszt Academy of Music after studying clarinet under Béla Kovács and conducting with Ervin Lukács. He studied music composition with Miklós Kocsár, as well as privately with Péter Eötvös, László Tihanyi, József Sári and Zoltán Jeney. Over the course of his studies, he served as assistant to Péter Eötvös in several productions and also took part in his international conducting course. Some of the ensembles he has directed as a conductor include the Philadelphia Orchestra, Opéra de Montréal, the Atlanta Opera, Klangforum Wien and the Hungarian Radio Symphony Orchestra. In Hungary, he has also been the musical director of the New Theatre, organiser of the Valley of Arts festival, second conductor of the Dohnány Orchestra Budafok, and, as a clarinettist, a permanent musician with both the Ferenc Liszt Chamber Orchestra and the Austro-Hungarian Haydn Philharmonic. From the autumn of 2002, he worked as assistant conductor at the Milwaukee Symphony Orchestra, and with the 2005/2006 season took up another post in the United States, as principal conductor at the Oregon Symphony. He has been musical director of the Huntsville Symphony Orchestra since 2011, and since 2014 has also filled the posts of principal guest conductor of the Hungarian Radio Symphony Orchestra and musical director of the Armel Opera Festival and Competition.