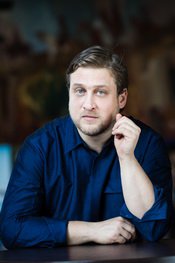 Pianist Bálint Zsoldos trained at the Franz Liszt Academy of Music under György Nádor, Attila Némethy and Márta Gulyás, graduating with honours as a pianist and piano teacher. He also studied at master classes with renowned artists like Dmitri Bashkirov, Lazar Berman and György Sebők. He is a regular guest as a soloist and chamber musician in both the Hungarian and international concert worlds, having appeared in numerous European concert halls, including Salzburg’s Mozarteum, Moscow’s Rachmaninoff Hall and the Amsterdam Concertgebouw. As a soloist, he has worked with such illustrious conductors as Zoltán Kocsis, Yuri Simonov and Tamás Vásáry. Many of his concerts have been recorded for radio and television.