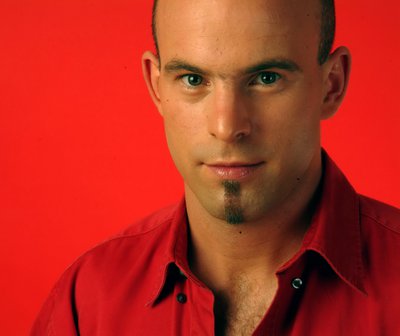 Zoltán Megyesi was born in 1975 in Szeged, where he also pursued his vocal training. His first singing teacher was Valéria Berdál. His concert repotoire include oratorios, masses, passions and cantatas by Monteverdi, Schütz, Bach, Händel, Haydn, Mozart and Rossini. Outside of Hungary, he has performed in numerous European countries, as well as in the United States, Japan and South Korea. Notable concert appearances of his from recent years include Monteverdi's Il combattimento di Tancredi e Clorinda, Haydn's Salve Regina conducted by Adam Fischer, as well as a concert-version performance of Mozart's opera Ascanio in Alba in the Danish Radio Concert Hall, also conducted by Fischer, as well as Händel's Messiah, Bach's Magnificat and Christmas cantatas at concerts conducted by Helmuth Rilling. He has also performed under the baton of Iván Fischer in such venues as the Cologne Philharmonic Concert Hall, Concertgebouw Brugge and the Wiener Konzerthaus. He is a permanent soloist at Budapest's Bach Week. Together with pianist Balázs Fülei, he has sung most of the major song cycles written for tenor voice in the musical literature (Winterreise, Die Schöne Müllerin, Britten's song cycles, etc.). He won awards at the 2003 Mária Gyurkovics Singing Competition, at the 2007 singing competition organised around the roles in Monteverdi's Orfeo in Verona, and at the international church music festival held in Rome in 2011. He was honoured with the József Simándy Award in 2009. A member of the Hungarian State Opera's Opera Studio from 2005 until 2007, he first gained the attention of critics at the Mozart Marathon that was part of the 2006 Budapest Spring Festival, where he sang the role of Ferrando in Così fan tutte. In addition to singing numerous supporting and minor roles at the Hungarian State Opera, he has also sung such principal roles there as Ferrando (Così fan tutte), Don Ramiro (La Cenerentola), Count Almaviva (Il barbiere di Seviglia), Orfeo (Haydn's L'anima del filosofo, ossia Orfeo ed Euridice), Pylades (Gluck's Iphigénie en Tauride), and has also won great acclaim as Don Ottavio in a production of Don Giovanni conducted by Iván Fischer in both Budapest and New York.