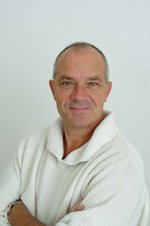 Between 1973 and 2001 he has been employed by The Royal Danish Theatre, where he has created lighting designs for a large number of operas and ballets. He has also worked on all the major stages throughout the world. Since 2001 he is a freelance designer. Parallel with his work for the Royal Theatre, he has worked as light designer for international choreographers like Peter Schaufuss, John Neumeier, Maurice Béjart and Kevin McKenzie. His ability to use light to create moods and changes that closely follows the musical score, has helped to renew many of the old classical Bournonville ballets. For the last couple of years he has also done the set design for his productions to form a perfect synthesis of light and set. Some of his most noteworthy works include for Ratmansky’s Turandot’s Dream to the music of Hindemith (Royal Danish Ballet, 2001), Cranko’s Onegin (Royal Ballet in London, 2001, set design by Jurgen Rose; Dutch National Ballet and The Royal Danish Ballet, both in 2001; Staatsoper Berlin and Teatro Municipal in Rio de Janeiro, both in 2003; all designed by Elisabeth Dalton), Tchaikovsky’s The Nutcracker (Finnish National Ballet, 2002, set design by Thoer Van Schayk), Cranko’s Taming of the Shrew (La Scala, 2003, set design by Roberta Guidi di Bagno), Glazunov/Petipa’s Raymonda (Finnish National Ballet and American Ballet Theatre in the MET, both in 2004, set design by Zack Brown). The lighting design for Bournonville’s A Folk Tale (Royal Danish Ballet, 2012, set design by Her Majesty Queen Margrethe II of Denmark) won him the Danish Royal Medal of Merit.